Blog // What is Dutch Elm Disease and How Do I Prevent It?

What is Dutch Elm Disease and How Do I Prevent It? 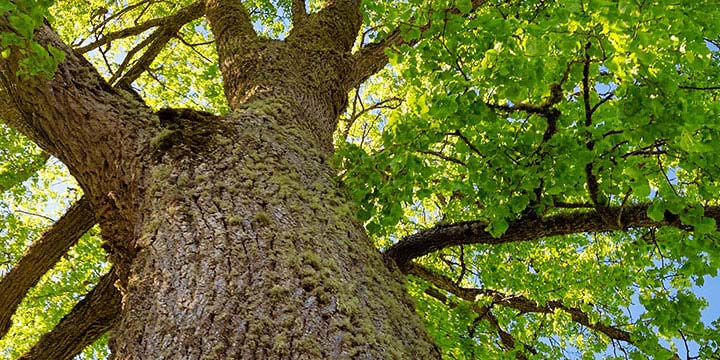 Winnipeg is home to North America’s largest elm tree population, with approximately 230,000 elms. While this abundance enables us to enjoy a beautiful canopy of rich foliage, it also means we must stay vigilant towards Dutch Elm disease prevention.

In fact, in 2017 alone, our city saw a significant increase in infected elms, with over 8,000 reported cases (up from an average of approximately 5,000 per year), and there are no signs of the disease slowing down anytime soon.

As a homeowner or business owner, it is useful to be aware of how Dutch Elm Disease is spread and how you can help prevent it, in order to protect and preserve our beautiful trees.

What is Dutch Elm Disease?

Dutch Elm Disease (DED) is a fungal disease that blocks water movement in elm trees, resulting in their death. Once an elm tree has contracted the disease, the time to its death can be relatively swift. Small elms possibly die within a few months and larger elms die within 1-2 years.

American elms are the most susceptible to DED. Siberian elms are almost 100% resistant, but it is occasionally possible for them to catch the disease as well.

How is Dutch Elm Disease spread?

If an elm is infected with Dutch Elm Disease during the previous season, it may produce smaller leaves the following spring. If the elm is infected within the same growing season, you may notice wilting leaves, usually in the upper canopy during the summer. Leaves will then turn yellow, then brown and curled, sometimes remaining on the tree as they do so.

It is very important to practice prevention. Once an Elm has contracted Dutch Elm Disease, it can’t be pruned out and fungicide is no longer effective.

The best ways to prevent the spread of Dutch Elm Disease is to make sure your elm is happy and healthy. You can do this by watering your trees during periods of drought. Pruning and deadwooding every few years (with no more than 8 years between prunings) can help. Also, aapplying deep root feed fertililization for a strong, healthy tree root system.

Therapeutic injection of elms with a registered fungicide every 1 to 3 years also provides an excellent defence against DED. Injections are done by drilling small holes into the root flares to administer the fungicide. At Kildonan Tree Service, we use Arbortec 20S fungicide because it is highly resistant to degradation and can protect your elm trees for 2.5 to 3 years.

In Manitoba, it is a violation to prune your elm trees between April 1st and July 31st. That’s because pruning in this time make the trees vulnerable to elm bark beetles, which contribute to the disease being spread. You should therefor book your elm tree pruning before March 31st or after August 1st to ensure Dutch Elm disease prevention.

*Elm trees in Manitoba may only be pruned between August 1st and March 31st. No pruning may take place from April 1st to July 31st.

What Will All This Rain Do to My Trees?

A Day in the Life of a Certified Winnipeg Arborist

Ready to schedule a service?

Get a Free Online Quote